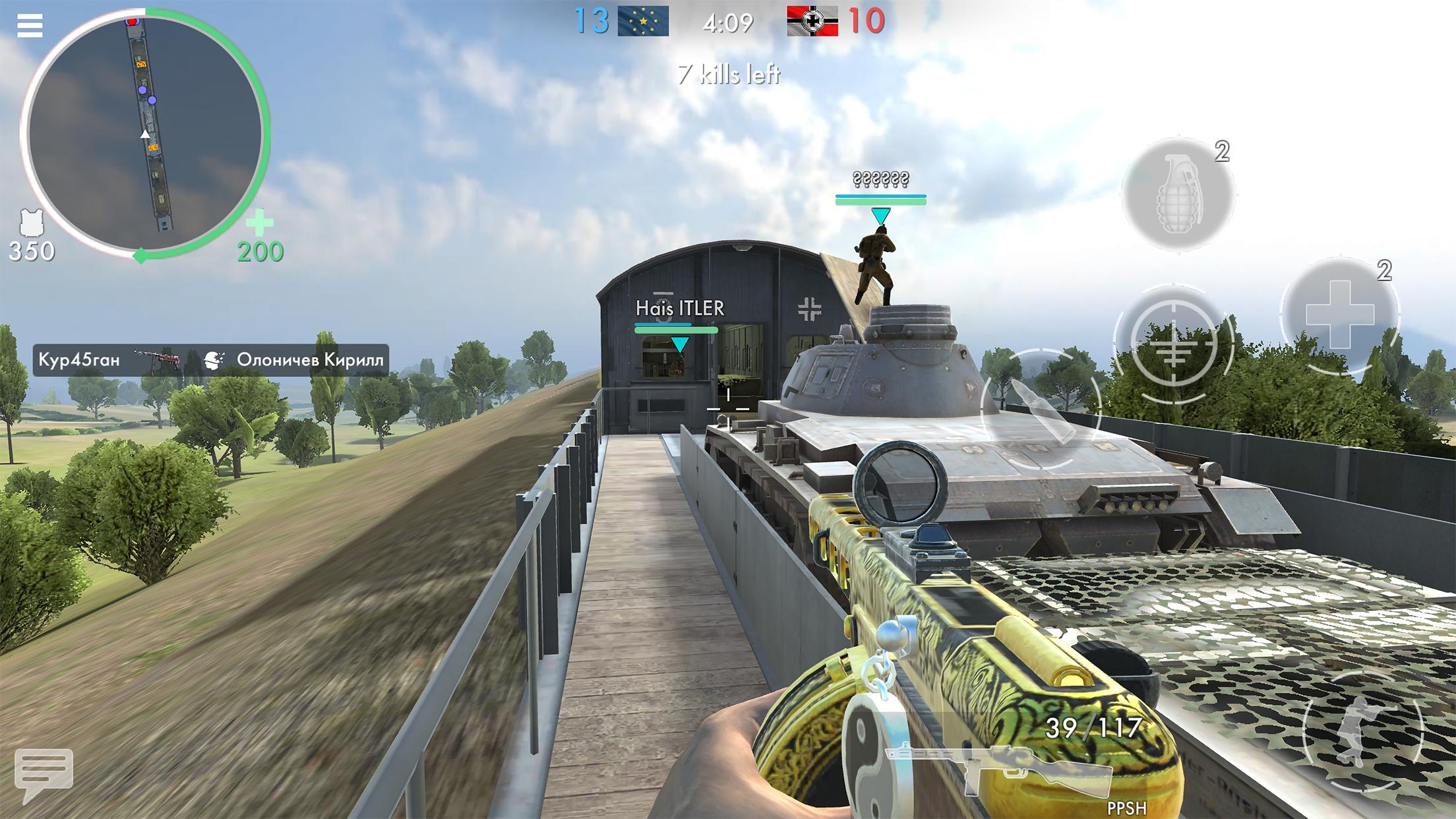 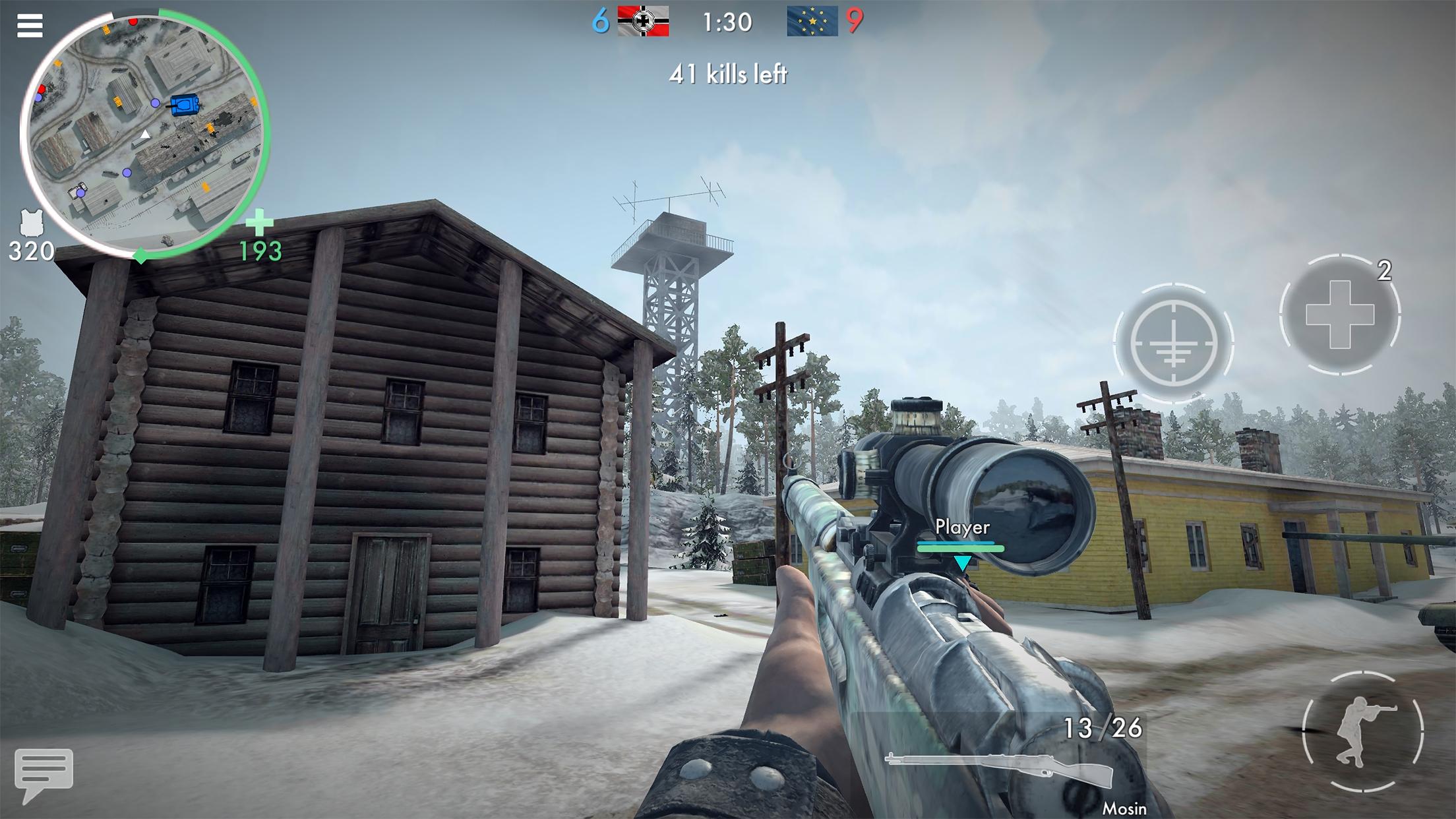 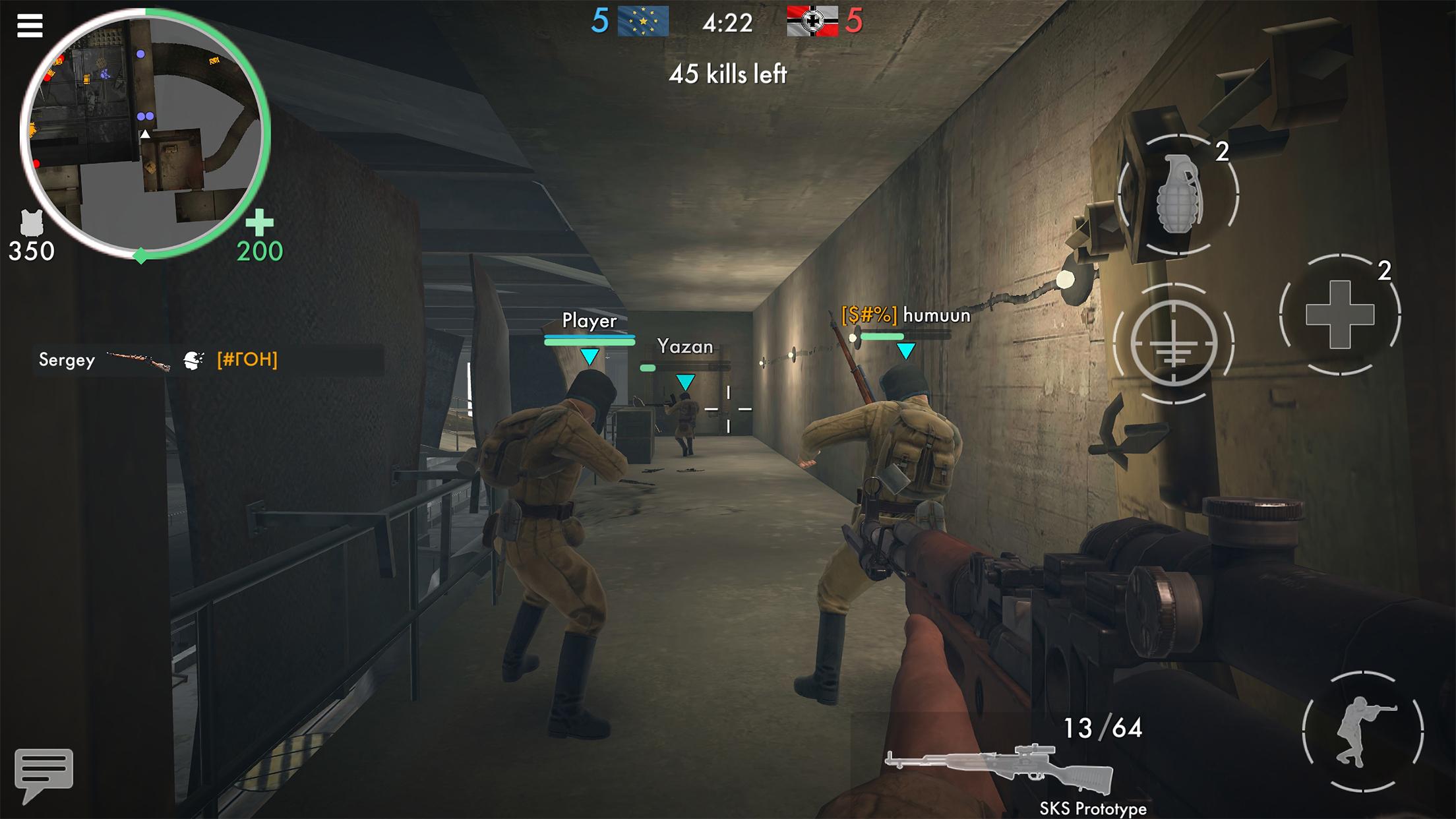 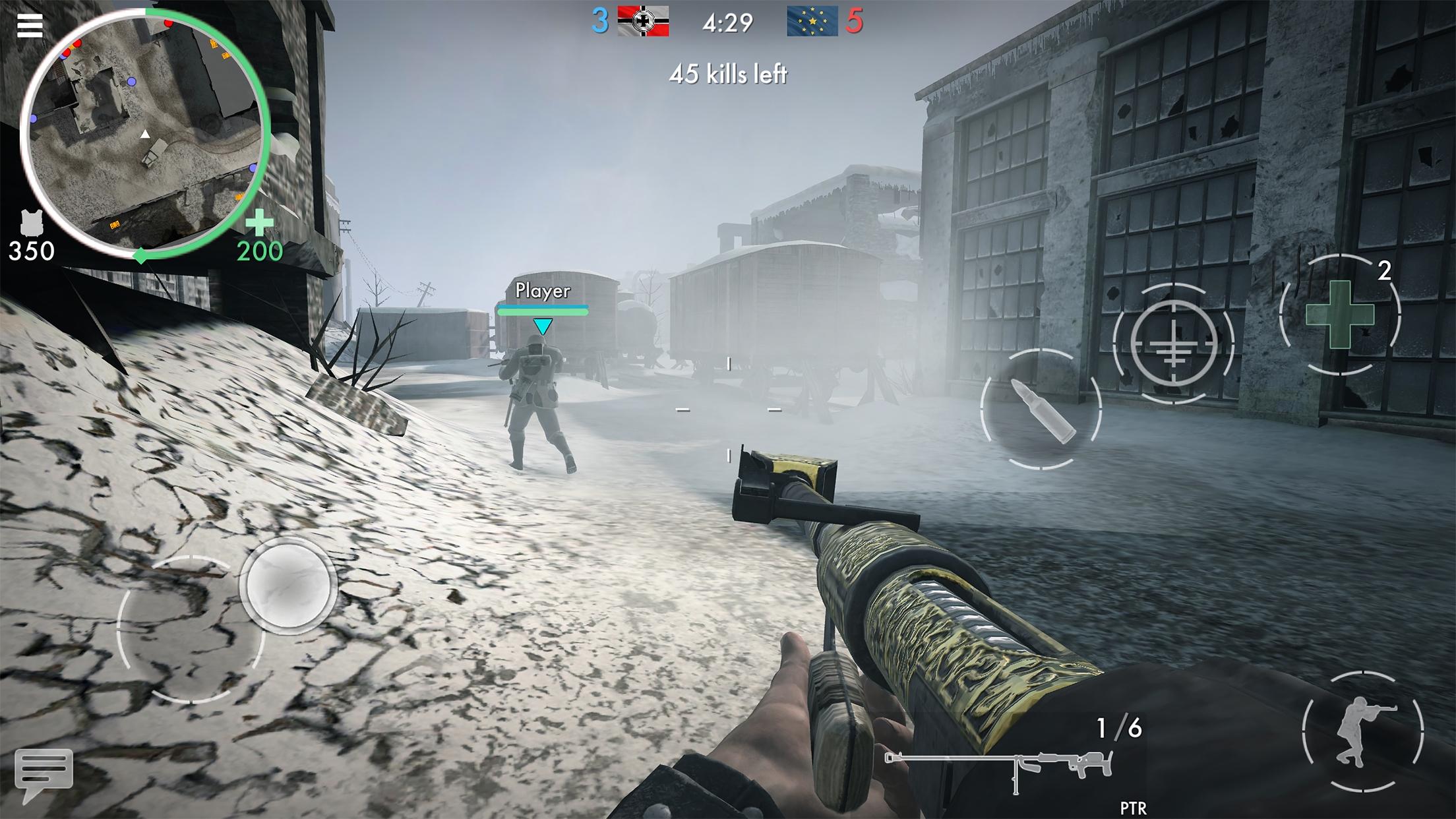 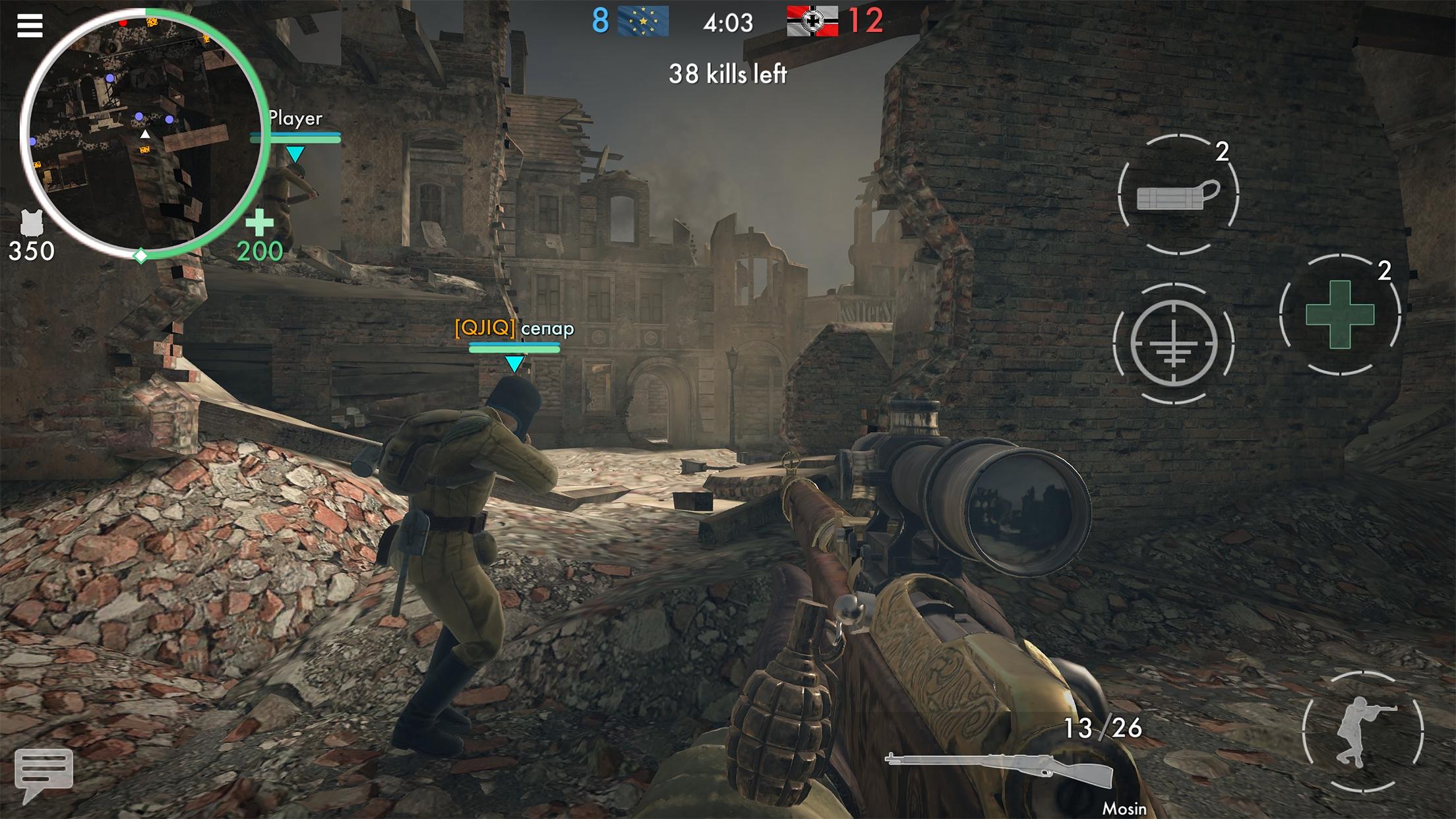 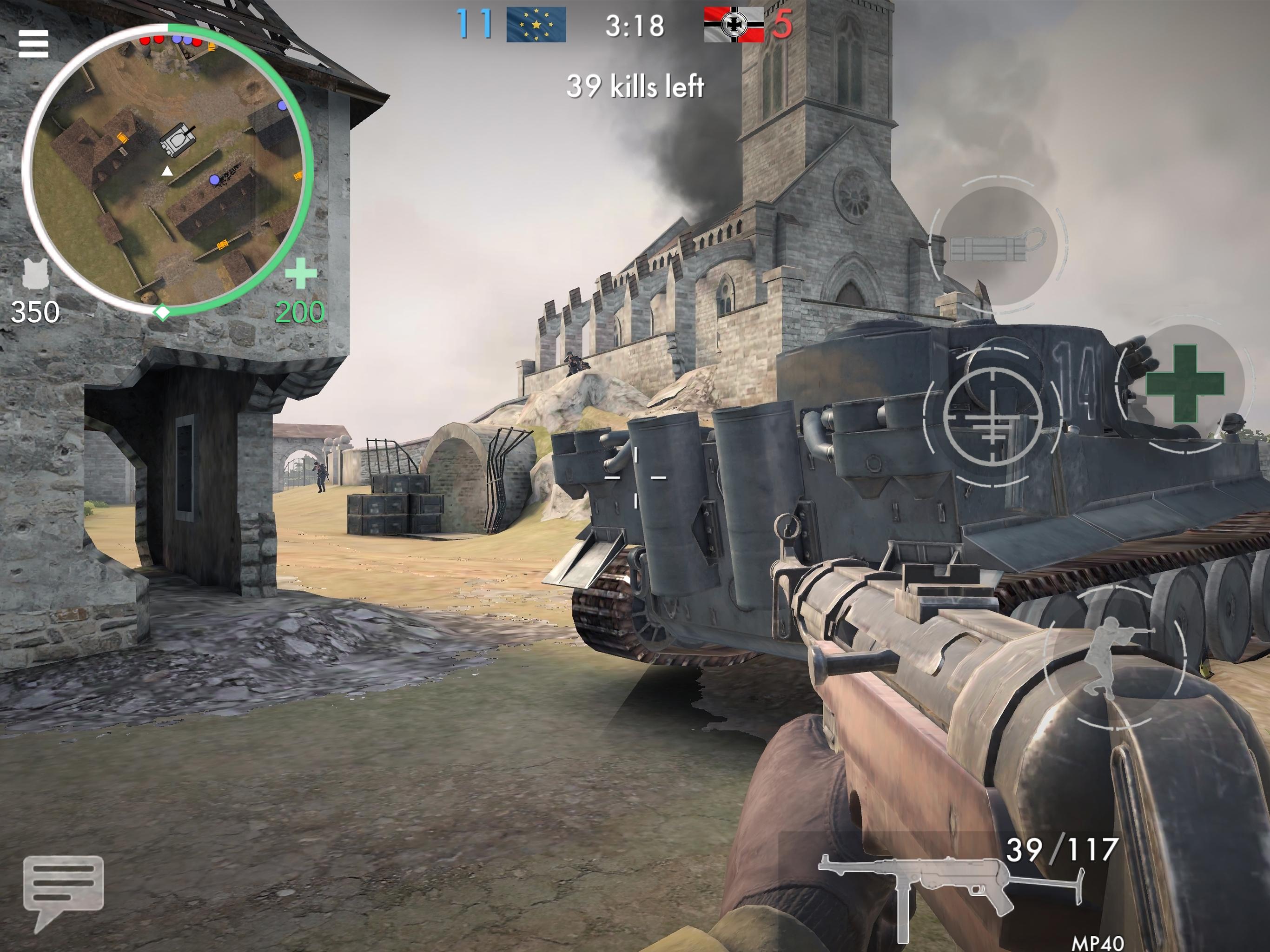 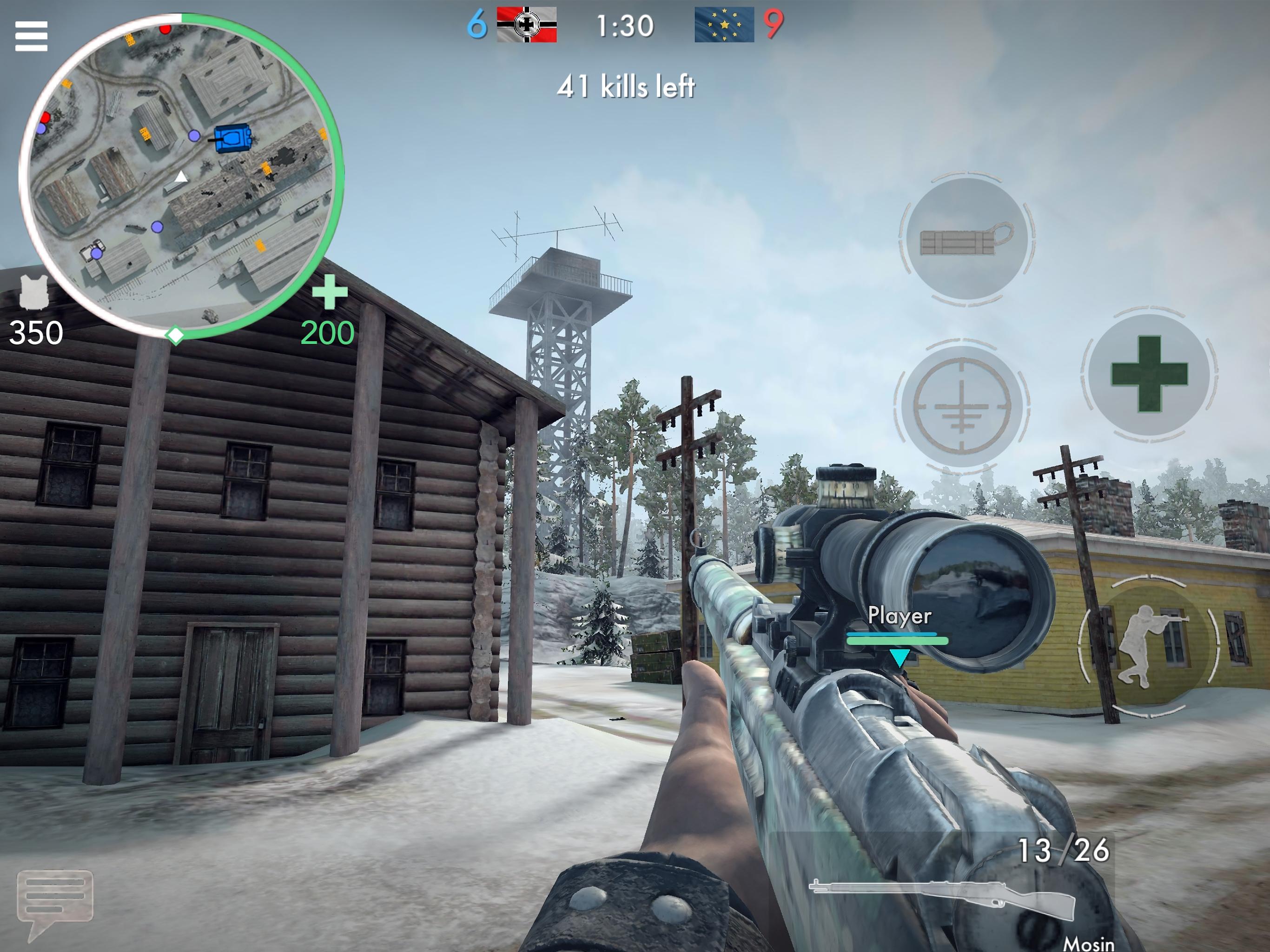 WORLD WAR HEROES
Battle players from around the world in crazy WWII-era online combat!
Destroy the enemy and survive vicious tank battles in the center of Berlin and other cities.
Participate in team and deathmatch battles, and plant bombs and defend them.

✯ Team deathmatch!
Two teams fight for domination. The team with the highest score at the end of the round wins;

✯ Death match!
Free fight for all. You fight for yourself. Player with the highest score wins the round;

✯ Point capture!
Both teams capture points on the map that give them battle points. The team with the highest score wins the round;

✯ HQ defence!
Each team must protect their own headquarters and destroy the enemy one;

✯ Team battle!
Two teams fight each other with no respawns. The team which has at least one member alive wins;

✯ Custom mode!
Your game - your rules! Create a lobby, invite friends and enjoy the battle!


✯✯✯ HUGE ARSENAL OF WEAPONS! ✯✯✯
All sorts of new weapons will be available to help your team come out on top. Use the whole arsenal, featuring machine guns, grenades, rifles, sniper rifles, bazookas, etc.

The game is specially optimized to work on both strong and weaker devices!
Absolutely free to download!
GOOD LUCK, SOLDIER!