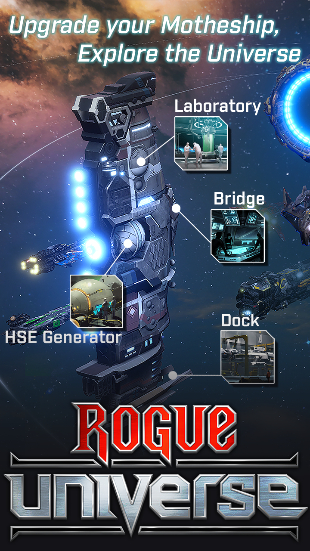 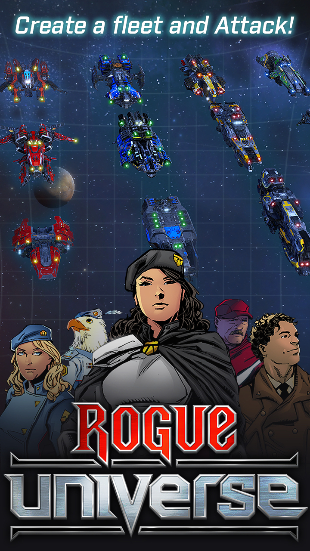 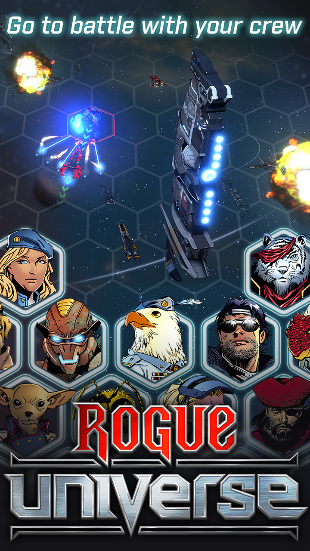 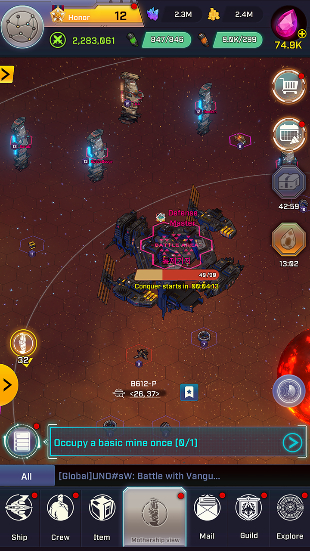 [ Game Features ]
■ Bringing the highest quality graphics for a mobile SF game as 2018 Unreal Dev Engine Grant recipients
■ Comic book style art by artists who have worked with Marvel, DC, Disney, etc
■ Powerful PvP that brings out the strategist in players
■ Jump into a 100 vs 100 multiplayer planet takeover
■ A fight to the end! Top the ranks and reap the rewards
■ Easy gameplay with just one hand!

■ Filled with chaos and savagery
In the world of Rogue Universe, the military force of the U.N.S, merchants of the Zurich Bank, and pirates of the Black Flag will often collaborate or be in conflict. Who will rise up on top?

■ Moveable Mothership: Upgrade the Mothership and move with no limits
The Mothership is your home base. The more you upgrade the mothership, the more powerful you get. Find and travel to places with resources for your ship and enjoy the expanse of space! You never know who you’ll run into during your journey.

■ Victory lies in your strategy! The choice is in your hands
Even with a 1 vs 1 PvP, strategy is key. Think carefully of which ship you’ll assign each crew member and where to place the ships for battle. Enjoy the artwork created by our artists who have worked with companies such as Marvel, DC, and Disney.

■ Join in on real-time combat with your guild members
Engage in mine occupation or defeating space pirates. Attack others alongside another guild or attack enemy guilds as well. It’s a dog-eat-dog world out there and the only way to survive in this chaotic universe is by collaboration or conflict.

■ 100 vs 100 space battle, a Stellar Occupation War
A Stellar Occupation War enables up to 100 people in guilds to fight in an exciting real-time large scale battle. Enjoy a space MMO battle with hundreds of players from around the world! When you conquer areas of space, you can get taxes from the places you’re occupying!

■ A vast universe forged by Unreal Engine 4
Rogue Universe received the ‘Unreal Dev Grant’ in 2018 from Epic Games in recognition for its innovation. Bringing an unprecedented level of graphics to a mobile sci-fi game.

For any questions, contact us at cs@rogue-universe.com
READ MORE